Life Without Meat
Home Articles Working in an Abattoir: The EXTREME Psychological Effects on Workers 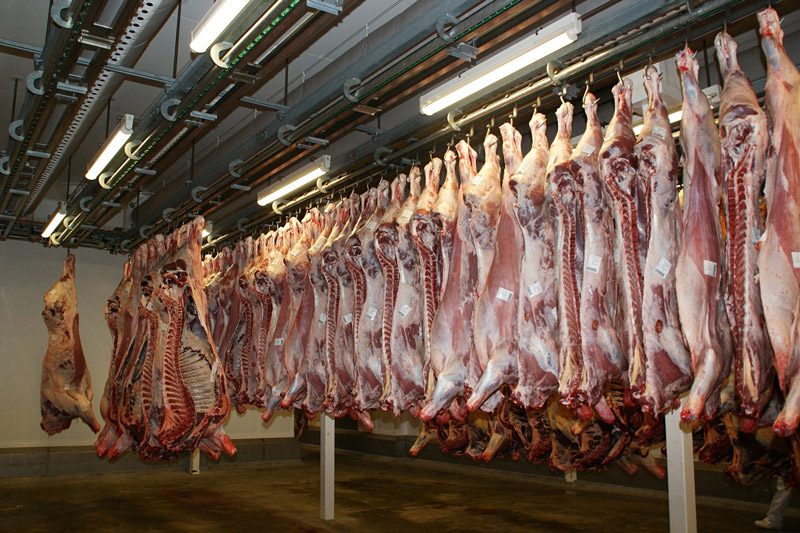 If a pig came and nuzzled you like your cat or dog, would you be able to kill it moments later?

Abattoir workers face this scenario daily, killing animals over and over. They see animals that are, in many ways, no different from our common household pets, who we welcome as family members.

We’re also hearing more farmers speak out about their personal experiences of becoming attached to their livestock. Only to suffer from great ordeal upon taking them to slaughter. One example is the story of Jay Wilde[1], who is a former UK beef and dairy farmer, now turned vegan!

I don’t know about you, but I couldn’t begin to imagine what it’s like to work in an abattoir. From the horrific scenes you’d witness, to the emotional hardship you’d endure completing the job. I’ve always known it’s something I could never do.

Chief executive of British Meat Processors Association has described soaring staff shortages in abattoirs over the past couple of years[2]. He stated 10-15% of the 75,000 jobs in the UK’s meat processing industry are now unfulfilled. Some may see this shortfall as a consequence of Brexit as the UK recruits many abattoir workers from the EU. Crucially, however, the report highlights that it’s merely because “people simply do not want to do this work anymore.”

The Link Between Abattoir Work and Mental Health Disorders:

We can’t underestimate the psychological toll of this type of work. Abattoir work has been linked with several different mental health disorders. Including, PTSD and the lesser-known PITS (perpetration-induced traumatic stress), which I’ll explain in a minute.

The NHS clarifies that, “PTSD can develop after a very stressful, frightening or distressing event, or after a prolonged traumatic experience.”[3]

Where PTSD is usually a response to witnessing something traumatic or having been a victim, abattoir workers experience it in a different way. For them, the trauma isn’t confined to one incident. Instead, they kill every day and are perpetrators of trauma onto many other beings. Their job forces them into a repetitive conflict situation where they commit horrendous acts of violence.[4]

This type of situation is what causes PITS to arise. As described by Sociologist and Psychologist, Rachel M. Macnair[5], PITS arises from a situation for which the person in question is a causal participant. That is, where the sufferer experiences symptoms because he or she created the traumatic experience.

PITS can lead to anxiety, panic, depression, drug and alcohol abuse, increased paranoia, a sense of disintegration, dissociation and amnesia. All of which Rachel explains are ‘psychological consequences’ of killing.

Do you think the symptom of dissociation may explain why some workers seem to disconnect emotionally, from the shame and guilt they feel doing this job? Surely the repetition of killing would eventually cause a sense of numbness over time?

It all begs to question…

Why Do People Work in an Abattoir?

I was quick to ask this myself when thinking more deeply about this subject. We all have a choice in life – why would anyone choose this job? I’m not sure anyone would choose to do something like that; well, maybe a couple of people would (who knows?)

Despite how easy it is to get angry at these individuals as someone who is vegan or lives a Life Without Meat, these individuals aren’t to blame. Instead, they are part of an extensive system – one which meets vast supply and demand[6]. Many don’t have the luxury of choice and an alternative option for work in the short-term. This job, though awful, provides them with a roof over their head and food on their table.

What would be more helpful to these individuals would be routes of support to advise them on their options going forward and ways they can escape this system. Whether that advice comes from a friend, family member or professional, it would be far more useful to them.

If demand for meat and animal products continue to rise with a growing population, it’s surprising how little people know about the psychological price these (often low-wage) workers pay so others can enjoy meat. I’ll be first to admit that this is something that hadn’t crossed my mind when I initially decided to live Life Without Meat.

But the research is clear. There is harsh suffering of both animals and humans who have fallen victim to this industry and there seems to be a willful ignorance and disassociation among society to these harsh truths, and the grim reality of what it’s like to work in an abattoir.[7]

I appreciate it’s difficult to be reminded of the harsh realities. However, every time you put meat in your trolley, you are funding the global slaughter of 70bn innocent farmed animals each year, the destruction of the environment, and the exploitation of vulnerable workers.

Indeed, in the words of an ex-abattoir worker[8]:

“think about this, as you’re tucking into a roast: you didn’t hear the tortured screams of those animals. You didn’t see them fight with every ounce of their strength to stay alive. You didn’t clean their blood from the factory floor.

I did, and the guilt will haunt me forever.”

Please ask yourself this. If you can’t bring yourself to kill animals, then what gives you the right to be eating them and relying on others to kill them for you?

Indeed, Paul McCartney once said, “if slaughterhouses had windows, then everyone would be vegetarian.”

Going Forward, What Can You Do to Help?

It’s sad to read, and deep-down we often feel a sense of shame or guilt in the face of this information. It homes in on how our past or current eating habits have contributed to this suffering.

But it’s important to remind ourselves that it’s never too late to make a change or make better decisions in life. No one is perfect, but we do have immense power as individuals to make a difference.

Speaking from personal experience, I used to eat meat-everyday before turning vegetarian. Like many, I was completely oblivious to its true meaning. It’s real stories, hard facts and research like this which challenged my values and lifestyle. All of which led me to choose Life Without Meat, and commit myself to help others do the same.

However, I’m interested to hear your thoughts – how does it make you feel?

Scientific research proves Life Without Meat, and ultimately a vegan diet, to be “be the “single biggest way” to reduce your environmental impact on the earth.”[9] The additional adversity of abattoir work further affirms this lifestyle choice to be even more ethical than we initially thought. Not only for saving the lives of innocent animals but for saving the minds of individuals too.