Life Without Meat
Home Articles Dairy Production: The UNSEEN Costs and What It Means To Go Dairy-Free 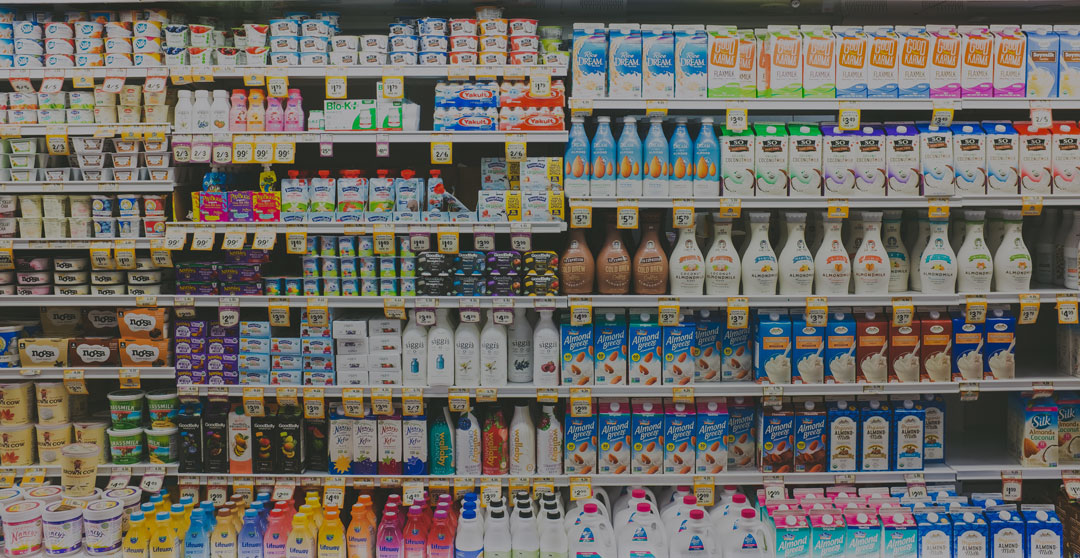 However, as more people are becoming more conscious of their health and the environment, we’re also seeing more people embrace veggie and vegan foods. Indeed, a quarter of British people are now drinking dairy-free milks e.g. almond, soya and oat milks[1]. Plus, a recent study showed one in eight Brits are now completely vegan or vegetarian, and even more consider themselves ‘flexitarian’.[2]

Despite this, the vast majority of the UK’s population still choose animal products. But how much do we really know about the way they’re produced – more specifically, dairy.

How Much Do We REALLY Know About Dairy & Its Production?

82% of the UK’s population live in urban areas[3], where 24-hour supermarkets, fast food and restaurants exist in abundance. It begs to question how much we really know about the food and drink we eat. More specifically, how much do we know about dairy?

From cheese, yoghurt, cream and whey to dips, sauces, chocolate and crisps. There’s a huge (and somewhat surprising) list of foods that are produced using milk, as well as milk being a stand-alone choice too.

There have been studies which demonstrate a huge lack of food education and awareness among children in the U.K. Where a third of children aren’t aware that milk comes from cows, and two-fifths believe cows drink milk rather than produce it. Some of them even think pigs make cheese![4]

These somewhat humorous findings suggest there’s a significant amount of children who haven’t yet had the opportunity to learn about farm animals and where their foods come from. Particularly those children who live in inner cities and have limited access to them.

However, UK adults aren’t far behind as research shows six in ten British adults NEVER consider where their food comes from.[5]

While we should cut some slack to an age group who still believe in the tooth fairy, the general lack of awareness for food origins among adults is a serious issue. It suggests an alarming disconnection between food and the reality of its production.

This lack of awareness among the nation has led many to dismiss the harmful nature of dairy production. Indeed, what does it mean to eat and drink dairy?

Milk comes from cows. Like human mothers, cows only produce milk (i.e. lactate) for the sole purpose of nourishing their young. Therefore, cows must be pregnant in order to produce milk.

So how do dairy cows get pregnant in the first place? In order for cows to produce maximum amounts of milk all year round, farmers repeatedly impregnate them using artificial insemination (AI). This is where sperm cells from a male are collected and forcibly deposited into the reproductive tract of a female cow.[6] It’s the most efficient and popular method among dairy farmers in the UK today.[7]

The process of AI begins as early as the age of 15 months. This is when a young female cow begins puberty and becomes sexually receptive.[8][9]

From the age of 15 months, a female cow is repeatedly impregnated using these means and over time it causes their bodies extreme exhaustion and damage. C’mon, could you imagine being pregnant over and over again? This means dairy cows typically live for approximately 5-6 years[10] when their natural lifespan is in fact 20![11][12]

Sometimes, additional means are enforced to make dairy cows produce as much milk as possible. Their reproductive systems are exploited through genetic selection, despite the negative effects on their health. Plus, milk regimens and even drugs such as the recombinant bovine growth hormone (rBGH) are used to force their bodies to produce more milk.[7]

WTF is Recombinant Bovine Growth Hormone (rBGH) and Why Is It Used in Dairy Production?

Lol, I hate to get all science-y on you but bear with me.

“The human form of growth hormone, also called Somatotropin, is made by the pituitary gland. It promotes growth and cell replication. Bovine Growth Hormone (BGH) is the natural form of this hormone in cattle.”[13]

rBGH refers to a genetically-modified version of BGH and, it’s manmade in a lab. It’s marketed to dairy farmers to increase milk production. It stimulates a cow’s milk production by increasing levels of another hormone known as Insulin-like Growth Factor (IGF-1).

Its use in dairy production is banned in a handful of countries, including Canada and the EU, where it’s believed to be a concern for human health. Questions have arisen about whether rBGH-treated cows excessively increase blood levels of growth hormone IGF-1 in dairy consumers? If it does, would this be expected to have any health effects in people, including increasing the risk of cancer.” This is due to the agencies within this hormone which promote growth and cell replication.

Despite these concerns, the use of rBGH remains legal in the US. This is concerning for us in the U.K because some argue Brexit could see existing EU food quality and standards, such as the ban on rBGH, overturned. This would be in the interest of completing free trade deals with countries like the United States post-Brexit.[14]

What Happens To Calves Born Into The Dairy Industry?

Calves (baby cows), are sadly seen a ‘byproducts’ of the industry and are taken from their mothers within 48 hours of birth. This causes both parties extreme psychological distress. In natural circumstances, female calves will commonly suckle until they are around nine months old and males are weaned at around 12 months old.[15]

Female calves are reared for the dairy industry to endure the same suffering as their mother. The male calves are either killed and discarded or alternatively sold to the veal industry where they’re kept in confined spaces and slaughtered within months.[16]

Dairy cows are used until they are no longer profitable. They live a life of repeated pregnancy which consequently causes them pain and suffering. Some argue it to be more torturous than just raising a cow to be slaughtered for food – which all dairy cows end up becoming at the end of their miserable lives anyway.

When we look at it from this stance, we can understand how dairy farming is arguably more harmful and traumatic than the meat industry.

What Does It Mean to Go Dairy-Free?

We don’t often look further than the supermarket shelf, but there is a whole production process happening right under our noses. When we choose to look further into dairy production, we discover the realities of what has to be done to meet today’s vast demands, and it’s clear there’s nothing natural and ok about it.

It makes me sad, but today we have plenty of dairy-free options to choose from which means we don’t have to buy into it anymore. You can also be reassured that all nutrients you rely on cow’s milk for, can be found in dairy-free and plant-based sources – it’s all good mate!

Not only does going dairy-free mean saving more animals from lifelong suffering, but it also has huge benefits for your health and the environment. So why not ey?

Here’s a man named Dan who turned his family farm into an animal sanctuary. It just goes to show how all animals are thinking and feeling individuals who just want to be loved.