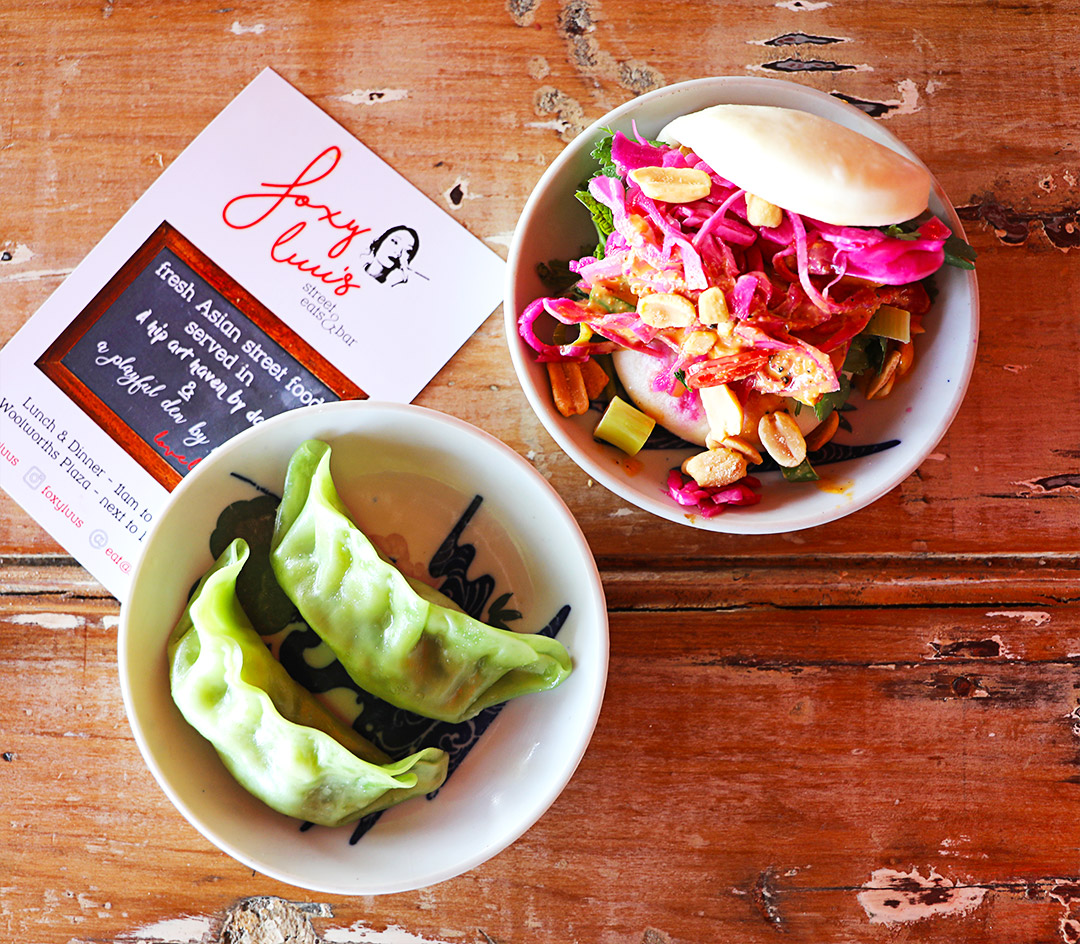 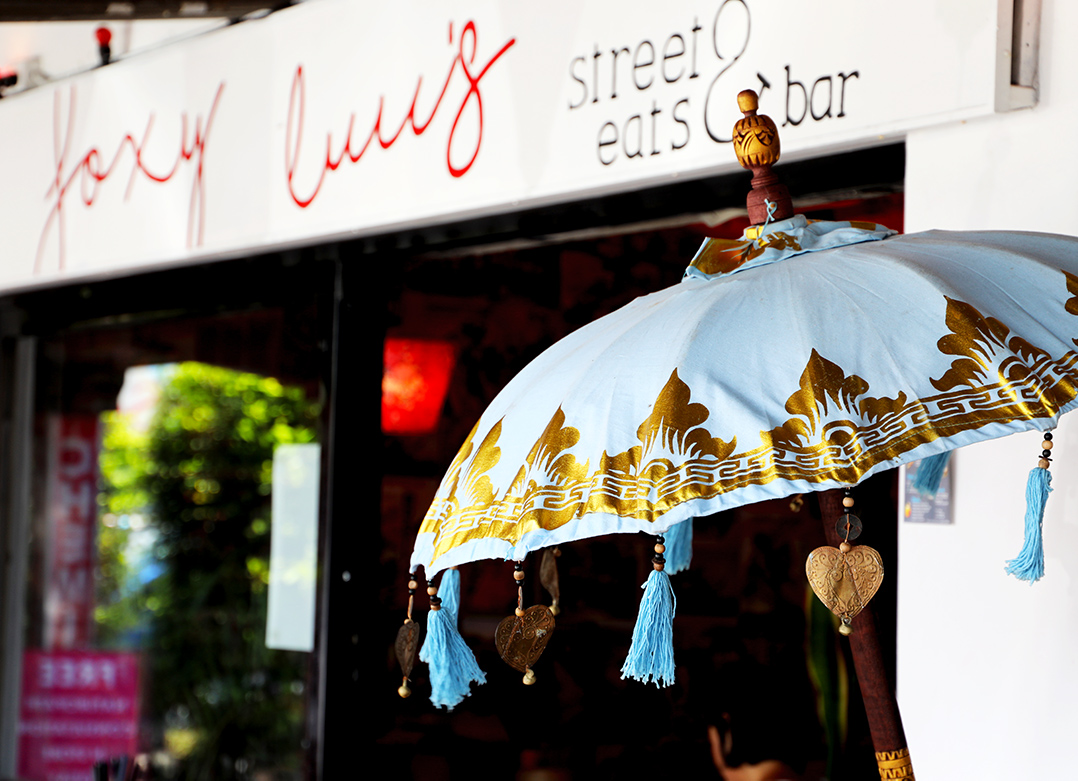 Opening late 2017, Foxy Luu’s is a recent addition to Byron Bay. Combining pungent flavours of Asian street-food with funky red-lights and vibrant interiors. It’s a quirky gem hidden in Aussie’s boho beach town. We recently had the pleasure of trying out some of their vegetarian menu options…

Foxy Luu’s boasts a casual dining vibe, making it a great place to grab a bite to eat to take-away or sit-in. There’s also tonnes of arty Japanese magazine fronts to admire which plaster the walls. Then red umbrellas which cover the ceilings. 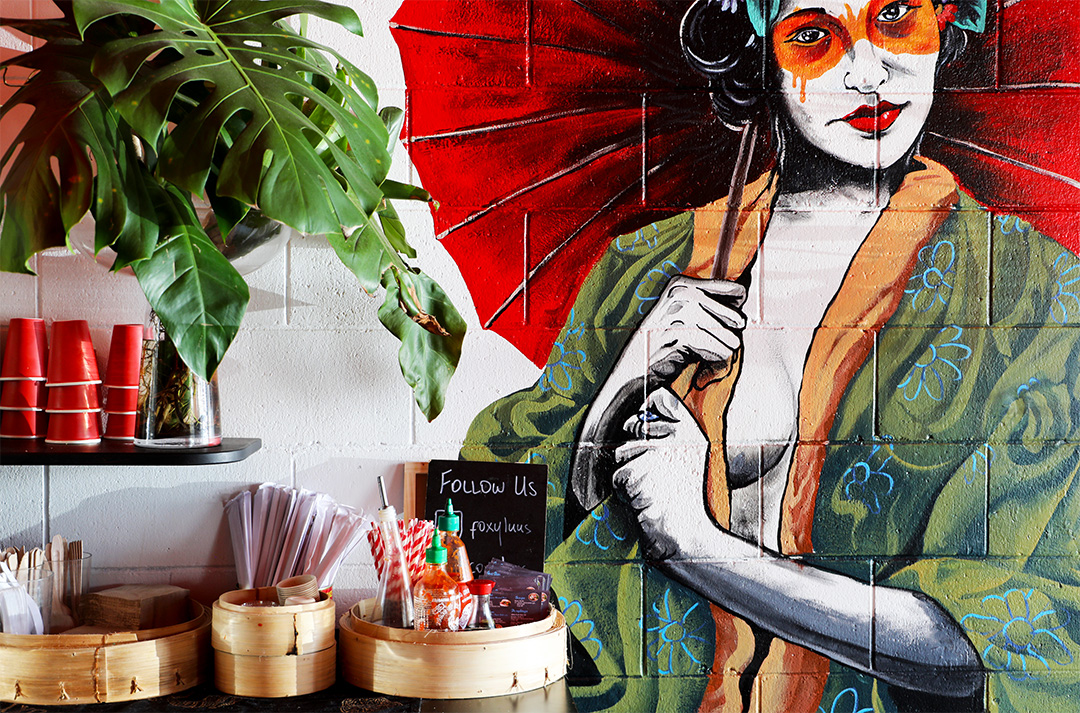 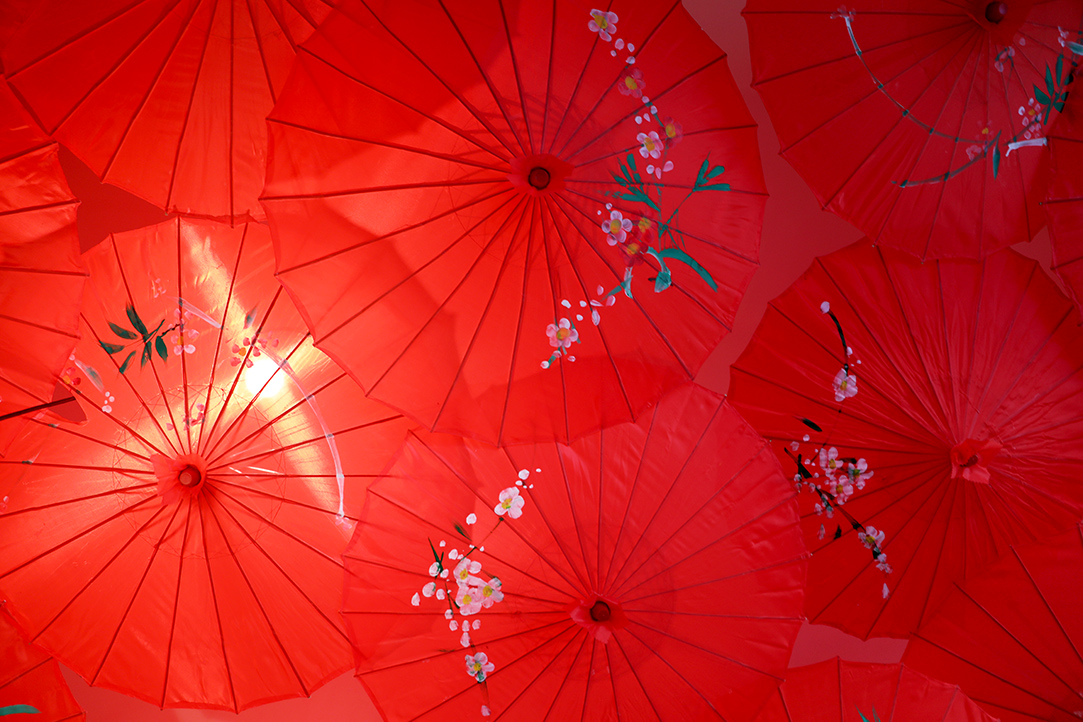 It was also really nice to chat with Max and his colleague who run the place. They were so friendly and helpful when I was too indecisive about what food to get. It was clear that he’s very passionate about the food plus he’s super tentative and willing to teach you more of how the food is made. It makes all the difference when the staff are enthusiastic about the food you’re eating doesn’t it? 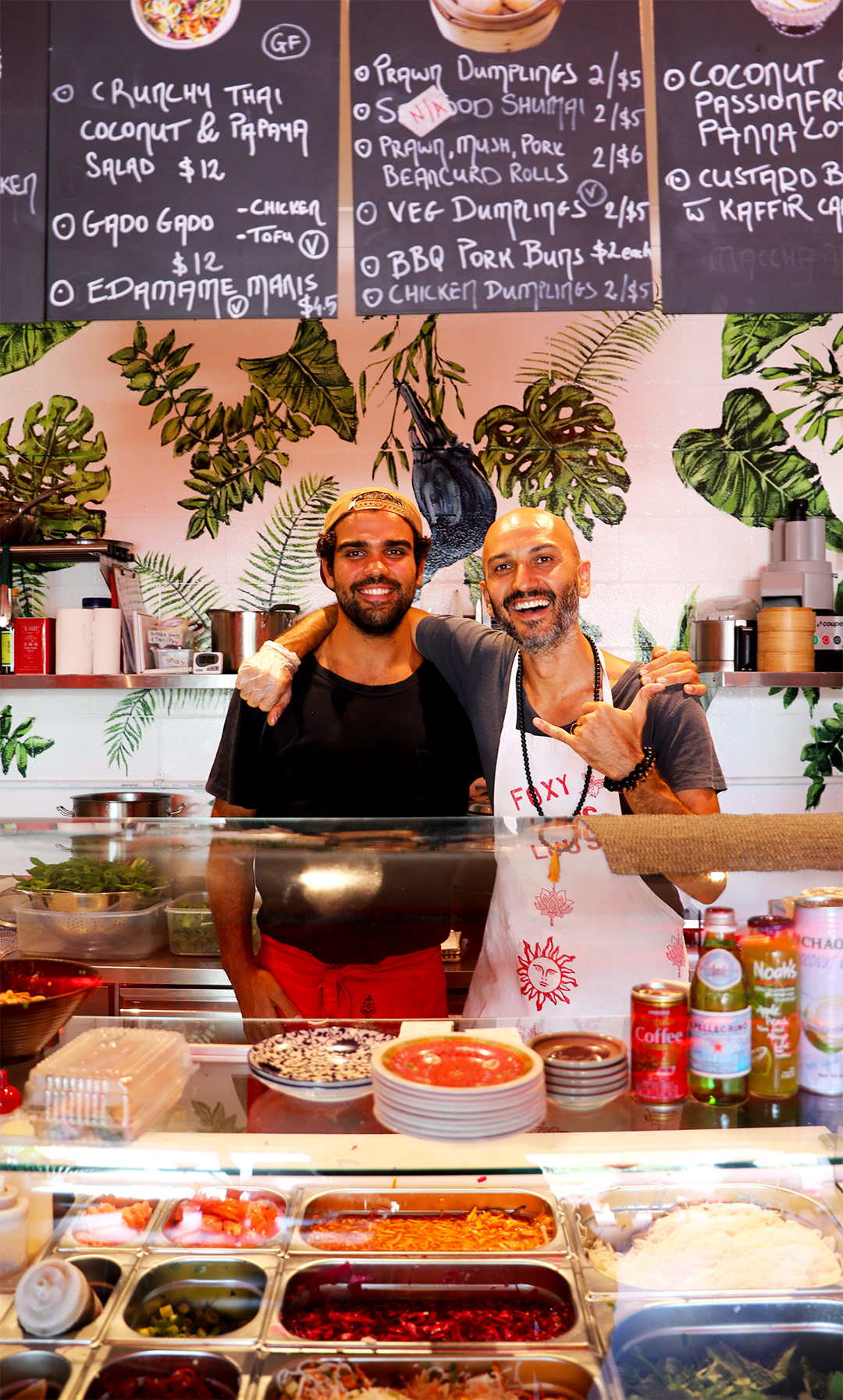 Foxy Luu’s specialise in soft Gua Bao buns filled with all sorts of delicious housemade fillings. But they serve up an array of other Asian food including fresh Dumplings and Gado Gado salad bowls. We tried a little bit of each. We began indulging in their delightful Tofu Gado Gado salad bowl. Filled with rice noodles, fresh mint, crunchy peanuts, pickled red cabbage and satay peanut tofu; it oozed with flavour and texture. 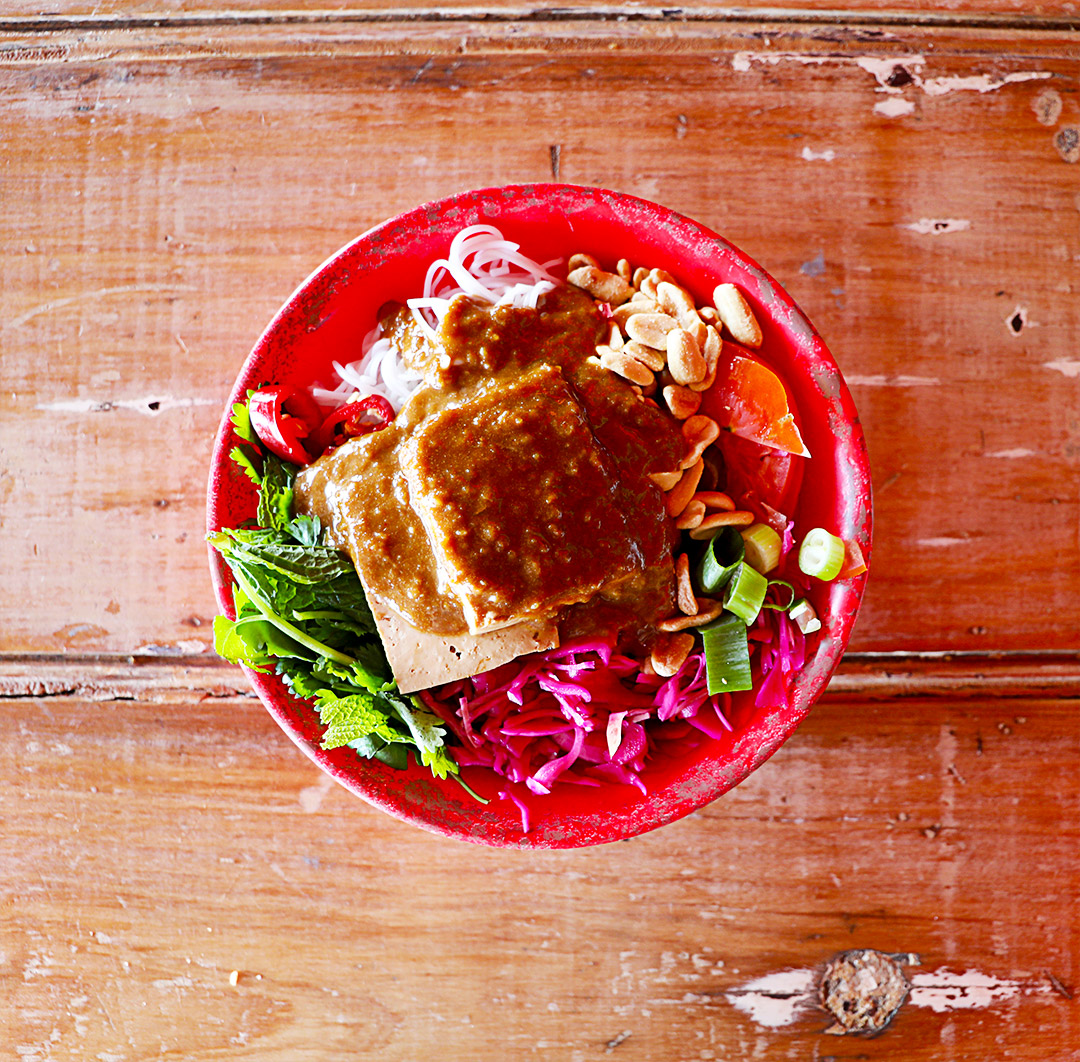 I then moved onto trying their Sriracha Tofu Gua Bao and Vegetable Dumplings. Both of which caused a party in ma mouth! Bursting with flavour. And so much texture. Foxy Luu’s do well at creating flavoursome homemade sauces, sweetly pickled veg, fresh herbs and veg to fill their Bao buns. Mine was also drizzled with garlic chilli sauce, and Sriracha sauce mayo made with garlic and cracked pepper. So you can imagine how tasty it was ey? Served warm, the green veggie dumplings were pretty damn good too. Dip ’em in a little soy sauce and boom. Perfection.

Foxy Luu’s eatery not only serves great Asian street food but serves it at an affordable price. With the Gado Gado Salad bowl costing $12, the Bao buns costing $5 each, and two Vegetable Dumplings costing $5, you won’t be dipping too far into your pocket.

Should I go to Foxy Luu’s?

Guess what? You’re welcome to BYOB from next door’s bottle shop to enjoy as you take a step into Byron’s very own taste of Asia! Bonus. So if you happen to be in the area, be sure to experience Foxy Luu’s yourself. No excuses mate… 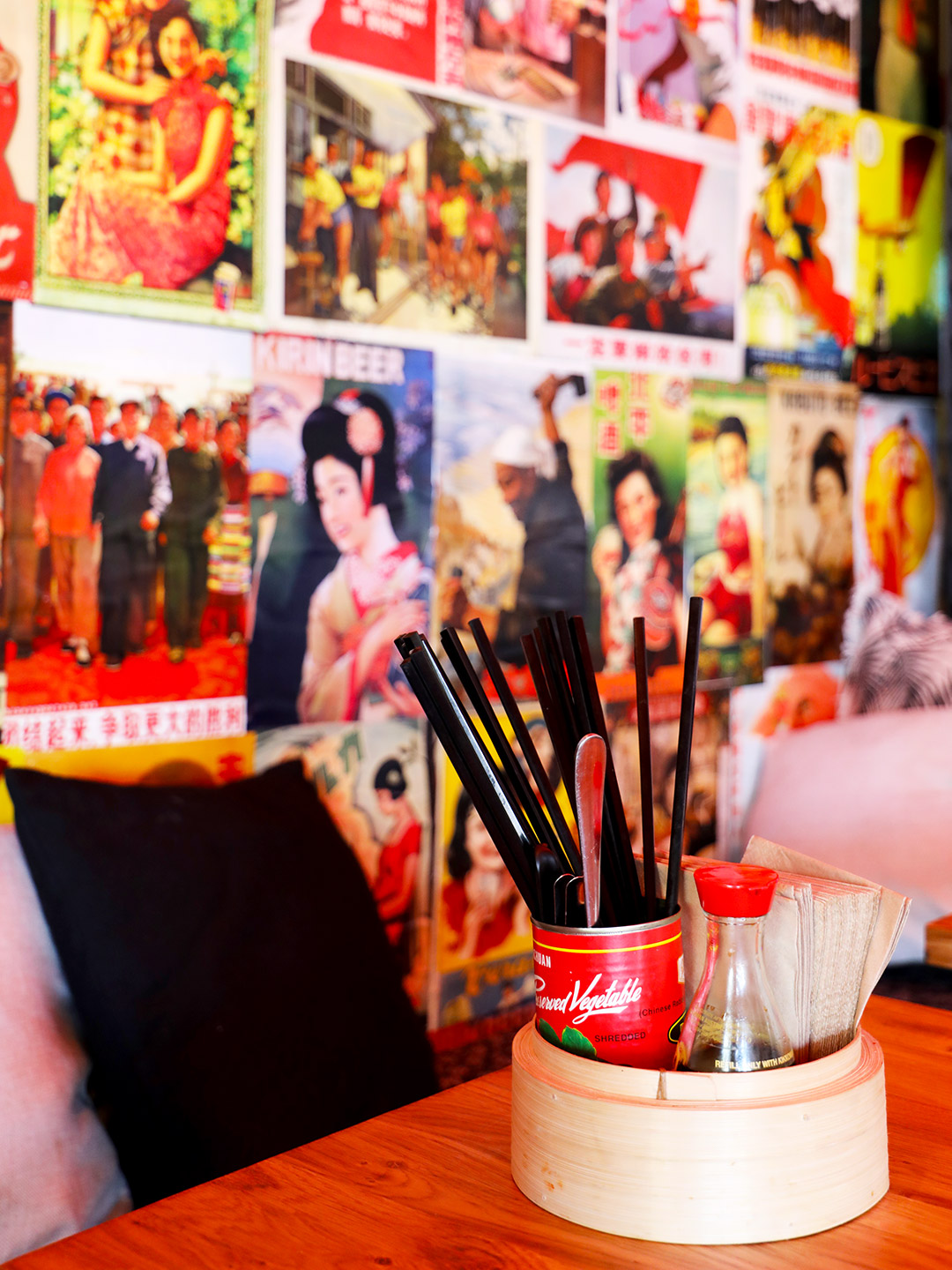