Life Without Meat
Home Articles Greggs Vegan Sausage Roll: Behind The Scenes of How It’s Made 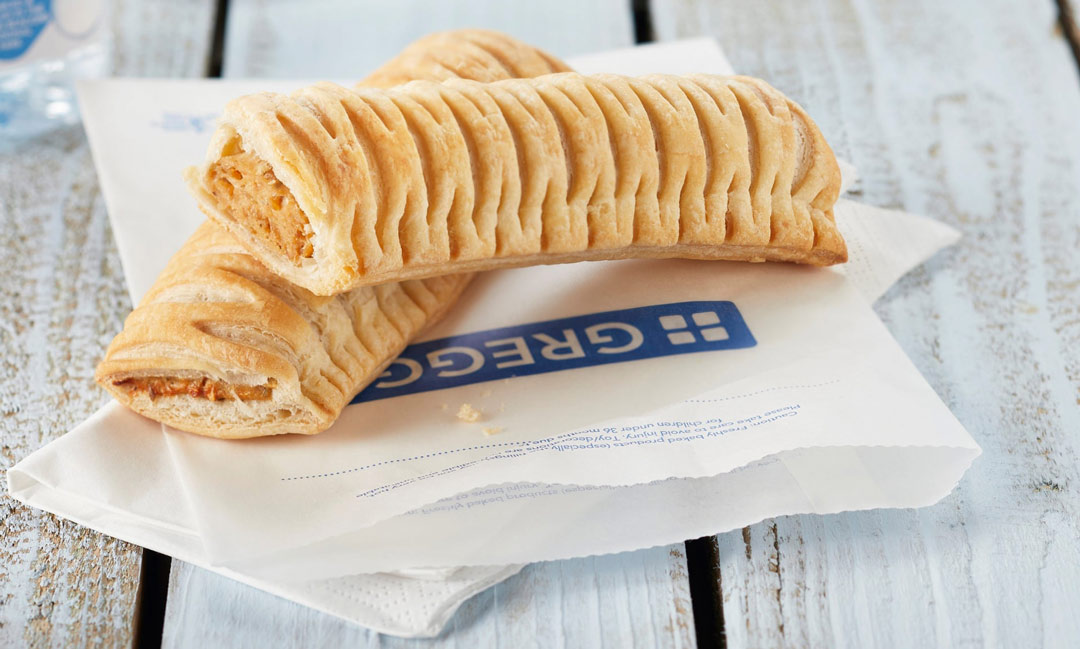 Greggs Vegan Sausage roll has kicked up a storm since it was first launched. People have been going bonkers for it (myself included!)

It also went viral on social media. Where the likes of Piers Morgan criticised the new menu item on Twitter, other meat-eaters declared it tastes better than the original. British publicist, Mark Borkowski, said it was Greggs fun attitude to marketing which got them the publicity which they desired.

Greggs vegan sausage roll has also contributed to the bakery chain hitting £1 billion in sales for the first time ever! Chief Executive Roger Whiteside told ITV that it’s “the fastest selling new product we have launched in six years. It’s literally flying off the shelves.” How amazing is that? What’s even more interesting is how it’s made.

I’ve always wondered this since trying it, and I’m sure you have too. I’m about to answer that question for you but first, let’s take a look at its nutritional value in comparison to its meat counterpart.

Remarkably, the vegan sausage roll contains more protein than the meat one, according to the nutritional information featured on Greggs site.

I’ve taken a look at the seven nutritional values stated by Greggs for both versions of their sausage roll. Numbers show the vegan sausage has 12g of protein, whereas the meat version only clocks in at 9.4g. Yippee! That is great news for all of us living life without meat – but what about everything else?

The vegan sausage has slightly fewer calories (311) in comparison to the pork version (327). It’s also lower in total fats, saturated fats and carbohydrates. However, the meat-version contains slightly less salt and sugar. 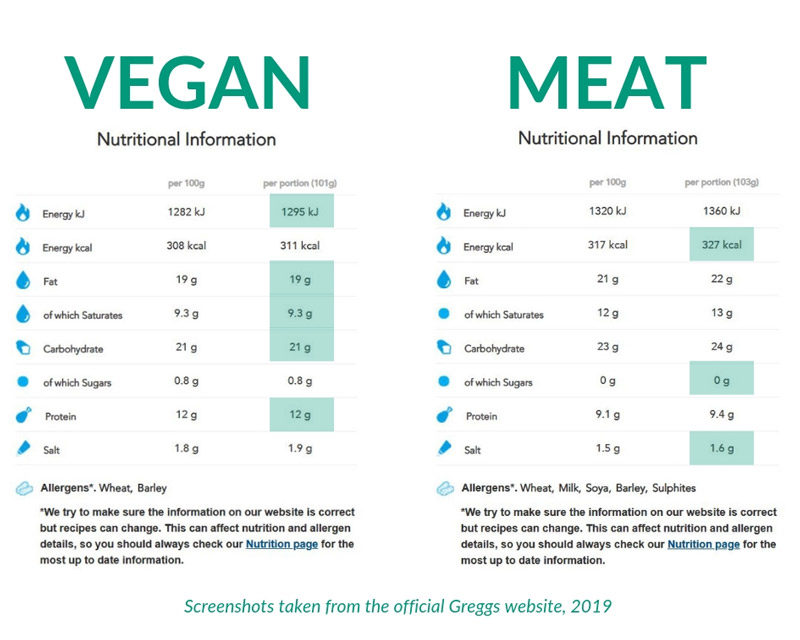 Not only do many argue Greggs vegan sausage roll to taste better than the meat version, but now we know it’s the healthier choice since it values better on 5 out of the 7 nutritional labels listed.

Now let’s answer the most anticipated question of them all…

How Is It Made?

Greggs teamed up with the famous meat-free brand, Quorn, to make a unique ‘meaty’ filling for their vegan sausage roll using Quorn’s mycoprotein. If you haven’t heard of Quorn, they’re a great U.K supplier of meat-free products, and there are many benefits of cooking with it. Beyond that, it’s pretty much a standard sausage roll.

The milk-based glaze which is used on the original sausage roll, to help the pastry golden, has been removed which allows a more prominent pastry design that helps differentiate the two.

Sadly, Greggs seasoning recipe is a secret, but they have shared that the same “unique blend of herbs and spices” are used in both types of sausage rolls.

Whiteside has said the launch of Greggs vegan sausage roll has been inspired by the increasing demand for vegetarian and vegan food products and has stated they’ve been “trying to develop a vegan version of our famous sausage roll for some time now.” Another source of inspiration was a petition for the menu item, launched by PETA last year, which received over 20,000 signatures!

I’m personally a big fan of Greggs sausage roll – it’s tasty, more-ish and ONLY £1! For this insanely cheap price, it’s an affordable source of protein on-the-go whilst living life without meat. More importantly, for a famous high-street chain to now cater to vegans, shows that veganism is well and truly part of the mainstream.

A massive thanks to Greggs and for PETA’s initial petition which have both contributed to vegan choices being more accessible to all.