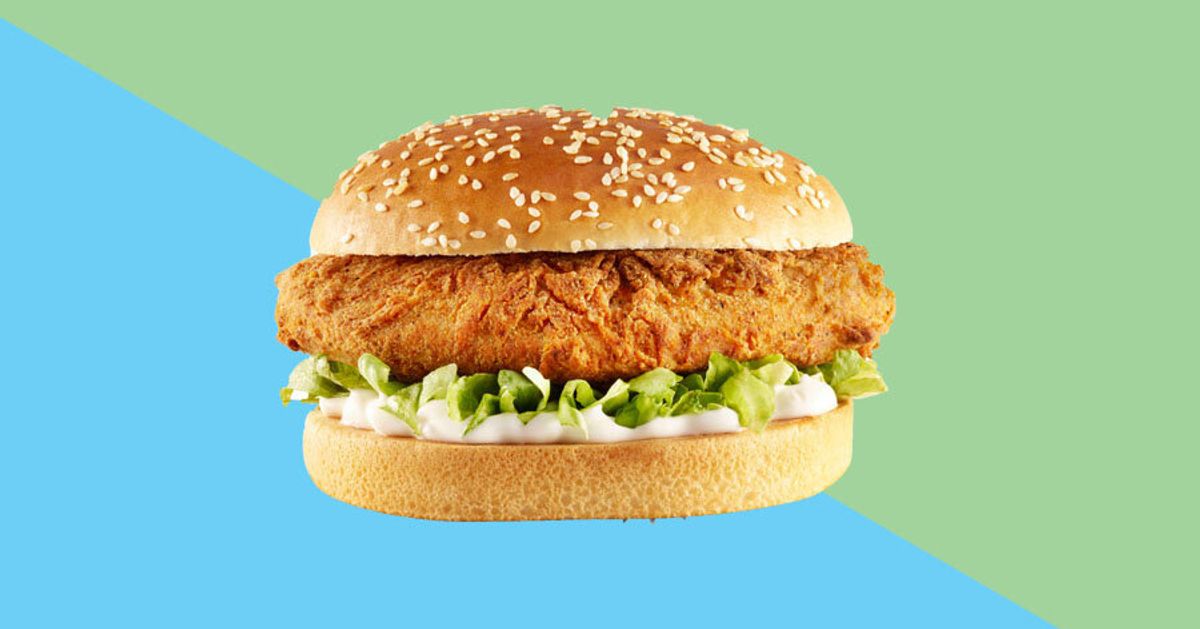 Going, going, GONE! There’s been an incredible response to the new KFC vegan burger. A phenomenal feat they were so surprised by themselves, that fans will have to wait until July to get their hands on it again.

Following the likes of McDonald’s trialling vegan chicken McNuggets in Norway, Subway’s vegan sub and Greggs launch of the vegan sausage roll, KFC is the latest fast-food chain to take on the challenge of creating a plant-based option.

Considering the benefits of living Life Without Meat, all of these chains are taking action to pursue the rising demand for food that isn’t made with animal products such as meat, dairy and eggs.

According to the chain, the innovative KFC vegan burger has proved so popular that in just THREE days, it racked up sales of about 500 per cent higher than the original. London’s Gloucester road store sold, on average, one vegan burger per minute on Wednesday! Despite this being fantastic news for the vegan movement, it didn’t bode well with unhappy customers still awaiting their turn to try it. 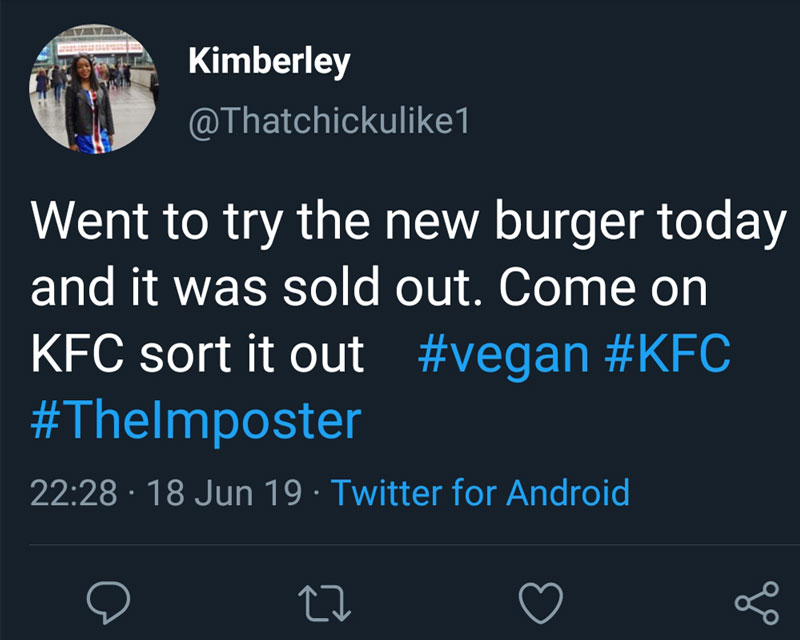 What Makes The KFC Vegan Burger a.k.a “The Imposter” So Irresistible?

KFC prides itself on this burger delivering “on taste, crunch and succulence.” All of which are key to its appeal.

This trial involved KFC’s usual chicken fillets swapped for ones made from Quorn, considering the incredible benefits of cooking with it. Smothered in the Colonel’s Original Recipe mix of herbs and spices, the KFC vegan burger is turning heads from every direction. 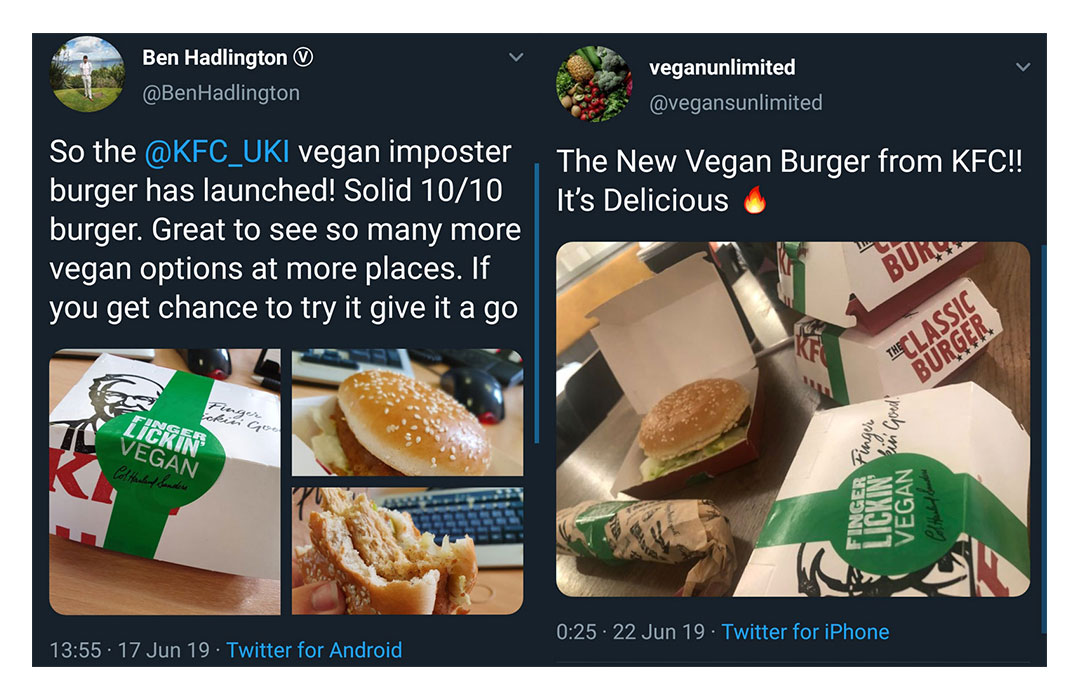 The Sun’s Amira Arasteh (who I went to school with) said in comparison to its meat counterpart, the vegan KFC burger “pretty much looks the same, smells the same and the taste is pretty spot on too.”

Where Can I Find & Try The KFC Vegan Burger?

When it’s back in July, it will remain only be available in 20 of KFC’s 900 stores*. Plus, the trial will only be on for a couple of weeks, much like this time. Which means you must be quick to get your hands on one.

KFC has said that if it proves just as popular, they will consider rolling it out permanently – yes, C’mon!

Victoria Robertson, senior innovation leader at KFC, said: “We can’t wait to get the Imposter back out in restaurants so vegans can get their finger-lickin’ fix.”

There Have Been Some Mixed Reviews Too…

You might presume these negative reviews are coming from arch-enemies of veganism, i.e. Piers Morgan. I’ve no doubt some have, but others have come from vegans themselves who aren’t too keen on the idea. Many have cited animal cruelty as a continued reason to boycott the chain.

“KFC murder millions of chickens every year. Just because they now have a vegan option, it doesn’t make the chain suddenly cruelty-free. If you buy the vegan burger, you are still paying to hurt chickens,” one social media user said.

Despite this criticism, to see famous high-street chains cater for vegans goes to show this lifestyle becoming more popular and veganism becoming part of the mainstream

A massive thanks to KFC and for PETA’s initial petitions which have both contributed to vegan choices being more accessible to all.

The Imposter will be back on the menu from July 2 – will you be trying it?

*Stores taking part in the trial include: